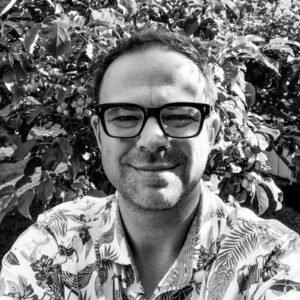 I’m a human geographer and writer based at Newcastle University. Over time, my academic work has moved across and between political economies of care, labour, migration, and documentary performance. I’m currently working through three sites or case studies responding to crisis in elder care: outsourcing, automation, and elimination.

I’ve recently finished co-directing a documentary film – City of Long Stay – which exmaines the outsourcing and migration of people living with dementia from Europe and North America to Thailand for care. The work’s underscoring research has been the subject of media attention, which can be checked out in The Guardian, The Economist, and elsewhere.

I’ve published in journals such as Society & Space, Antipode, cultural geographies, Transactions, Annals, and elsewhere. With Geraldine Pratt, I co-authored Migration in Performance: Crossing the Colonial Present, a monograph exploring the use of documentary theatre to circulate stories of the violence associated with labour migration and entwined colonialisms between Canada and the Philippines.

I am also a current Associate Editor with cultural geographies, and with Studies for Social Justice.

Please don’t hesitate to get in touch.